It’s been a while since I wrote a De-noob for Nowt post, and I’ve noticed that I seem to be moving away from ‘nowtiness’ and into ‘moneyness’ on the blog. Since this blog is called SL for Nowt, it seems rather silly of me to post almost exclusively about offers that you need some money for, be they the ‘up to L$75’ items, or the ‘L$50 pay-to-join group’ items. I need to start re-injecting the blog with nowtiness again!

To that end, I’m reviving this series of posts. The De-noob for Nowt posts contain entire avatar looks for free. Not a single Linden buck required to be spent. To that end, I have created a new alt (say hi to Ruth!) and she has absolutely NO money (poor lass!) I won’t be transferring even so much as L$1 to her, in order to buy a dollarbie. She’s skint and she’ll stay that way, so that I can bring you some entirely-freebie looks :)

Here’s the first, which I call Golden Autumn. 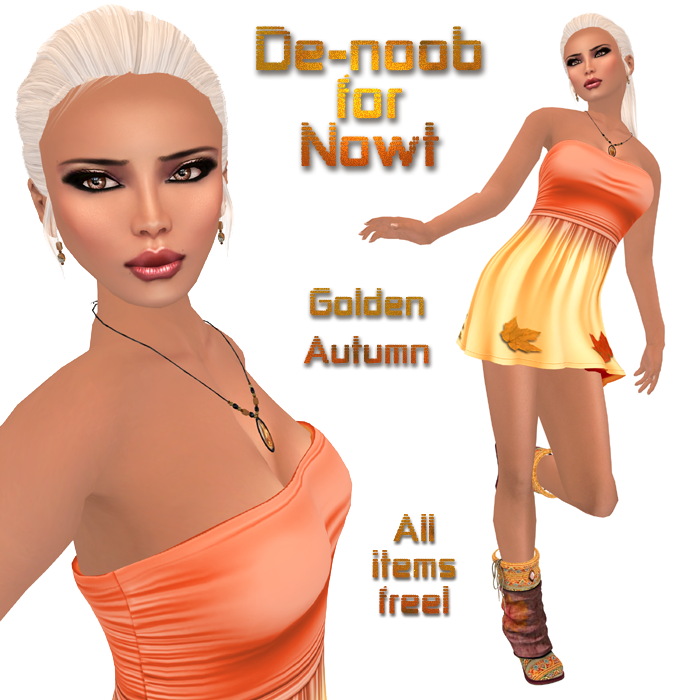 Everything in this look is absolutely free (and almost all from Marketplace), so hop behind the cut for more pics and info :)

Ruth’s dress is the Fall Freebie from Shar’s Meshies, on Marketplace [ link ]. An added bonus of this dress is that the mesh skirt is solid, so you don’t have that awful ’empty space’ underneath it, where the alpha layer makes your avatar vanish, and which looks so odd when you’re flying or hovering.

Her brow shaper is from the Kimmie Shape/Skin Free Gift from Panda Punx on Marketplace [ link ] and her eyes are the only in-world item: the Oriental Pearl freebies from Poetic Colors [ SLurl ]. Her shape is the Female Gladiator shape, from the inventory library (we’ve all got that one!). She’s just lengthened the legs a wee bit, and toned down the shoulders (since she doesn’t plan on any gladiator-ess type fighting any time soon!). 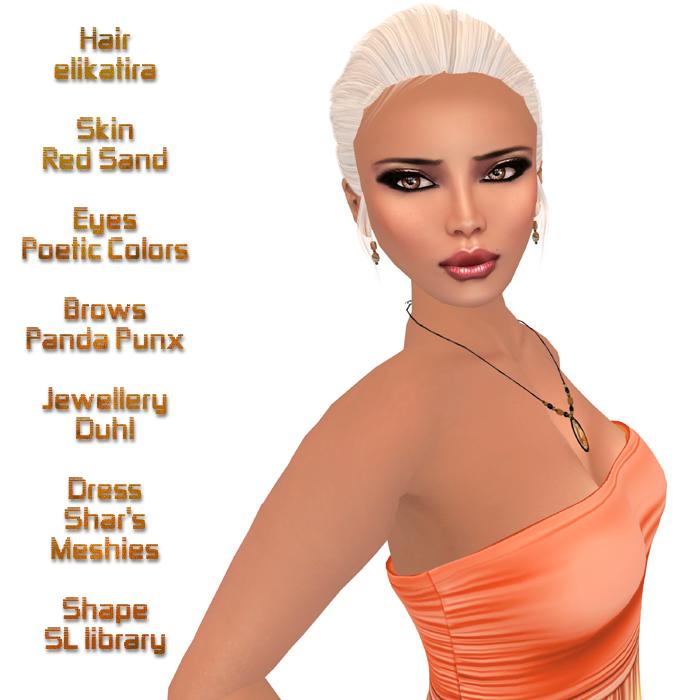 Finally (because I know you’re all gagging to know where the hell those gorgeous boots can be found as freebies!) her boots are the fabulous mesh California Dream Boots by AnaLee Balut on Marketplace [ link ]. Aren’t those textures gorgeous?! 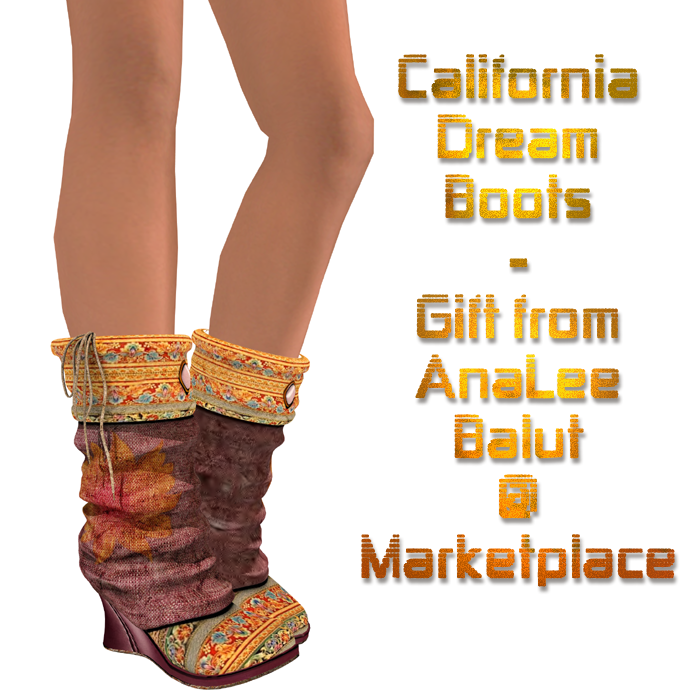