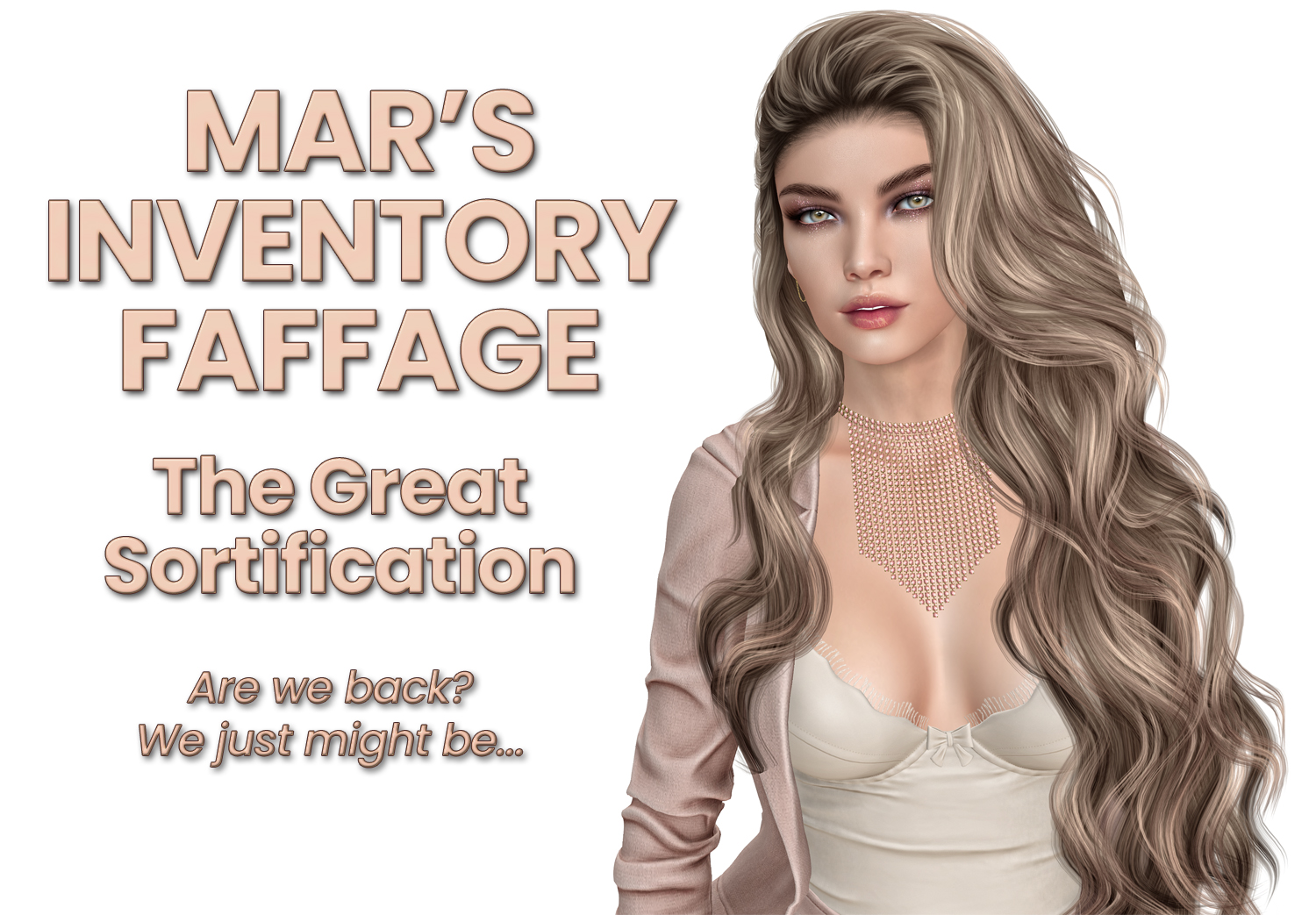 Are we back? Well, we just might be. No guarantees, because I have noooo idea what the remit of this blog is going to be in the new SL shopping climate of weekend sales and the like.

In days of old (“Eeee, when I were a lass!”) I’d blog about freebies and cheapies with an upper price limit of about L$75, as well as the odd simple tutorial here and there. But like I said, the weekend sales have those under-L$75 cheapies covered like woah these days, so I’m honestly not sure what this blog will turn into. Maybe a “best of” or “here’s some lovely things I found this weekend to make an outfit” type thing? Who the heck knows! All I know is that I have a bit more time now, I can be in-world a little bit more now, and I felt like revving the old blog up again.

So, to begin with, what the heck is that post title all about, Mar? Inventory faffage? Is that some kind of naughty euphemism? 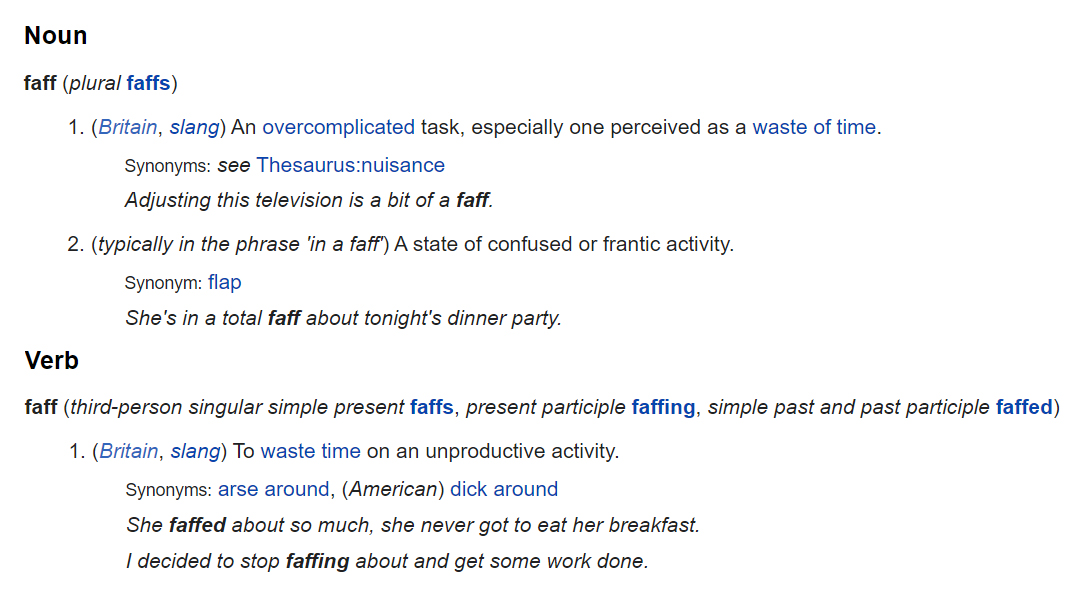 I’ve spent a couple of weeks faffing around (from the definition above, it feels like frantic activity, but it’s actually kinda zen and meditative, because I love getting all organisational) and sorting inventory, following this method by The Virtual Bloke. His method spoke to me and my chaotic (and multiple-sorting-attempts!) inventory, so I thought I’d give it a go. And flippin’ heck, was it an eye-opener! Shoving everything from one store into a folder just for that store, and then filtering inventory alphabetically showed me just how many times I’d picked up duplicate freebies. I had stuff that I’d unpacked several times over, and you don’t even want to know the item count of my folders for the Legendaire and [email protected] stores. Let’s just say that I winced when I saw the final total, which was in the thousands for both of them. Ouch!

I’m still wading through the initial creation of folders for stores and shoving everything by those stores into their folders, but I’ve also tried out some of the sorting advice in that post for when you want to tackle one of those store folders. It really does reduce everything down, and I love the idea of sub-folders for each item type. In fact, I might just keep my inventory filed that way: by store name, with sub-folders for different types of things sold by that store, rather than creating sub-folders elsewhere in my inventory. I do tend to think of things ‘by store’ when I want to find something in my inventory, and that blog post has got me really fired up and sorting like a madwoman! Give it a read and see if it sparks anything for you.

What else have I been up to since I started logging back in? Well, I’ve rezzed a lovely old apartment skybox that I’ve had for ages but never used, and furnished it so I have an actual home now instead of just a big square box with a full-bright photo booth along one side. I still have a photo booth in the skybox, but it’s in a rezzer that I’ve set up, so it’s only out when I need to use it (and it’s also no longer full bright). I’ve also got a little platform to the side of it with some ready-made (and prettily-textured!) archive boxes that I can shift-drag more copies of when I’m boxing up my inventory and working through it. And, of course, at the moment I have a gorge Christmas tree and some lovely decorations set out, because ’tis the season to do things with halls and holly and balls and jolly… or something like that! ;)

A few pics of the new place are below. The big old box is still around for now, since some of my friends have it set as their home location and I don’t want one of their logins to end up in a 1500m plummet to the ground! But I’ve got the decorating bug now, so I might retexture that old skybox soon.

Blog-wise (if that’s not already a word, it is now) I’ll be going through all the linked blogs and places in the blog’s sidebar at some point, to find out what’s still relevant (or even around). That’s going to take me a while, so I might tackle it over the holiday break.

But for now, it’s nice to be back!