– Some mesh body parts required, but these gifts include some system skins, too!
– Group join fee of L$50 required 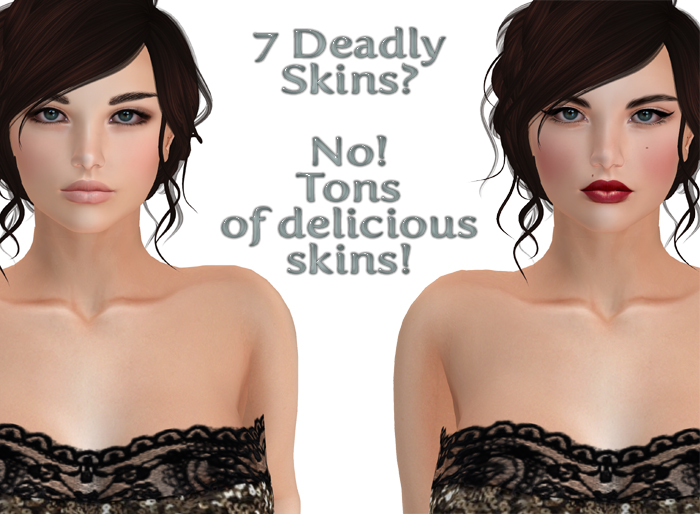 Remember a couple of weeks ago when I blogged about the 7 Deadly Skins Anniversary Event? The store is giving away a new group gift every WEEK for five months, and the group join fee has been reduced to just L$50. And this week’s gift is a doozie! For both men and women there’s a box behind the reception desk, each containing five past gifts. These include Omega appliers as well as some system skins. Whether you’ve just picked up a mesh body and head or you still love your system body, you need to grab this one!

I’ve put a few screenshots behind the cut. I could take pics of all but one of the female offerings, but since I don’t have a male mesh avatar (and I really need to re-do my male system avi!) I’ve just included screenshots of the boxes for the guys.

The ladies box contains multiple boxes with multiple options. I’ve put the majority of the info on the pics themselves, so without further ado… 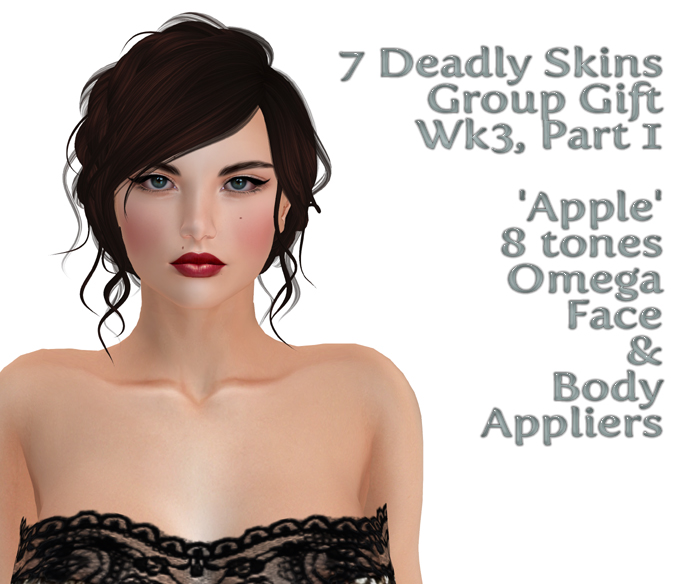 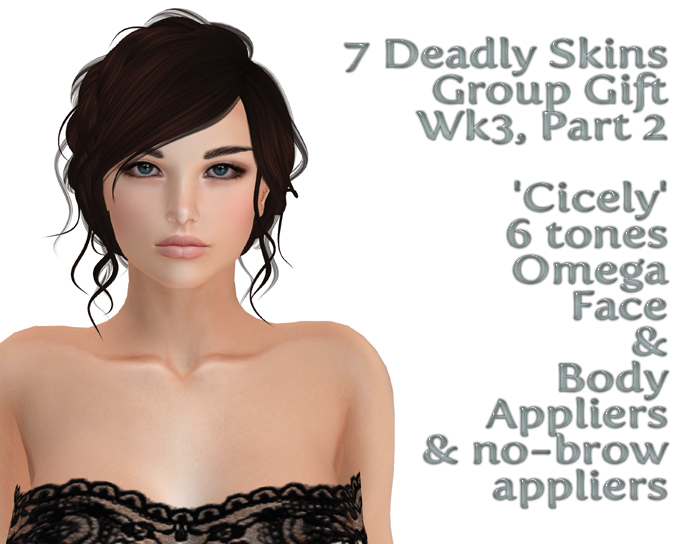 These next fantasy skins come in four tones, from drow to a gorgeous dusky grey-brown: 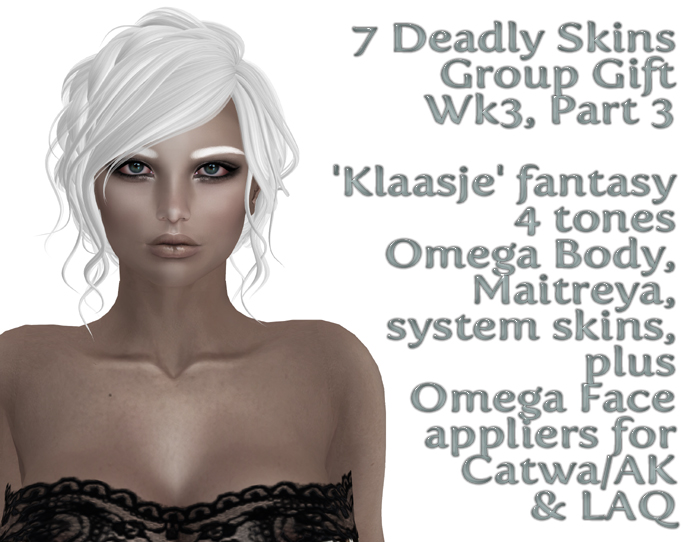 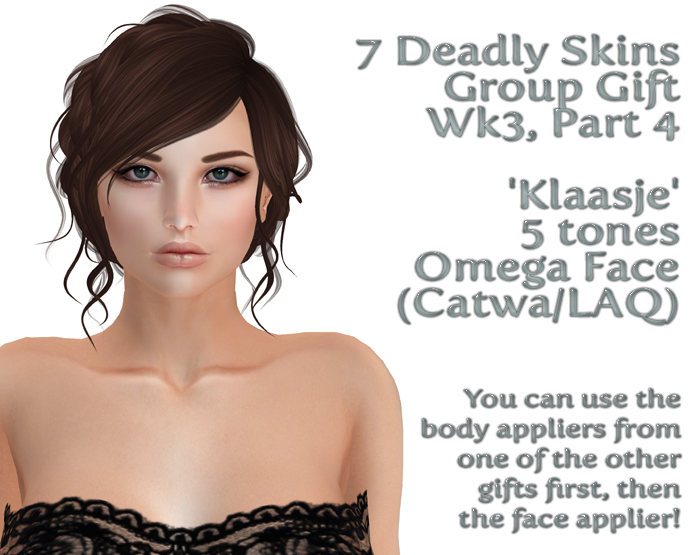 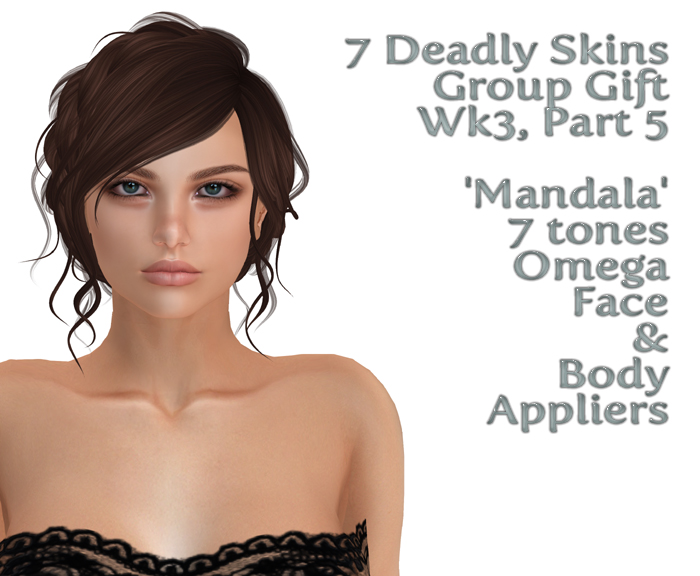 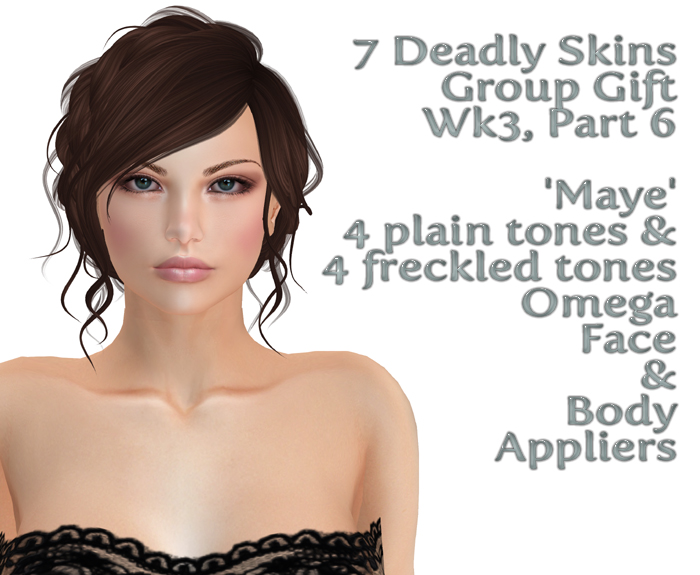 And this one’s especially for LeLutka heads (which Mar doesn’t own, hence I couldn’t take a pic myself!) as well as system bodies: 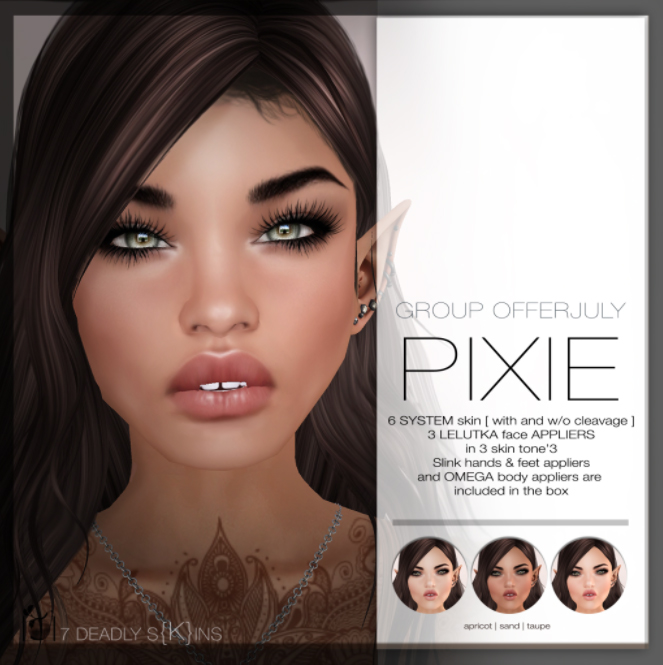 Boys, here are your goodies! 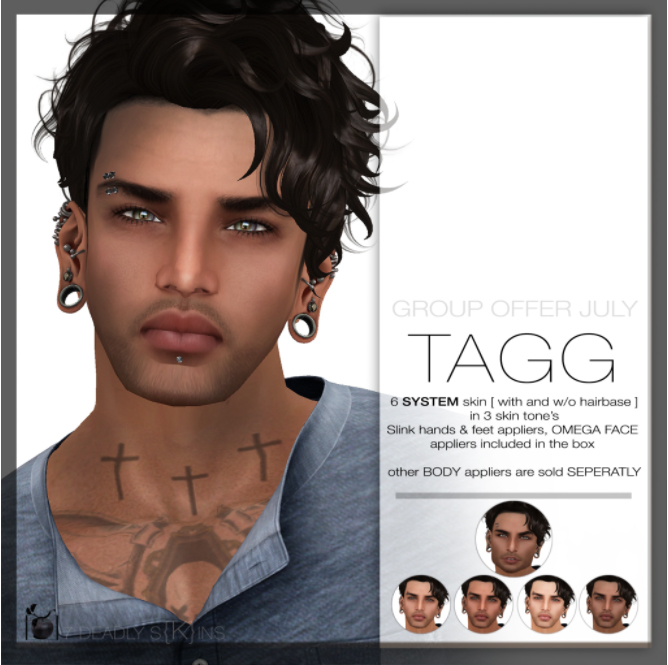 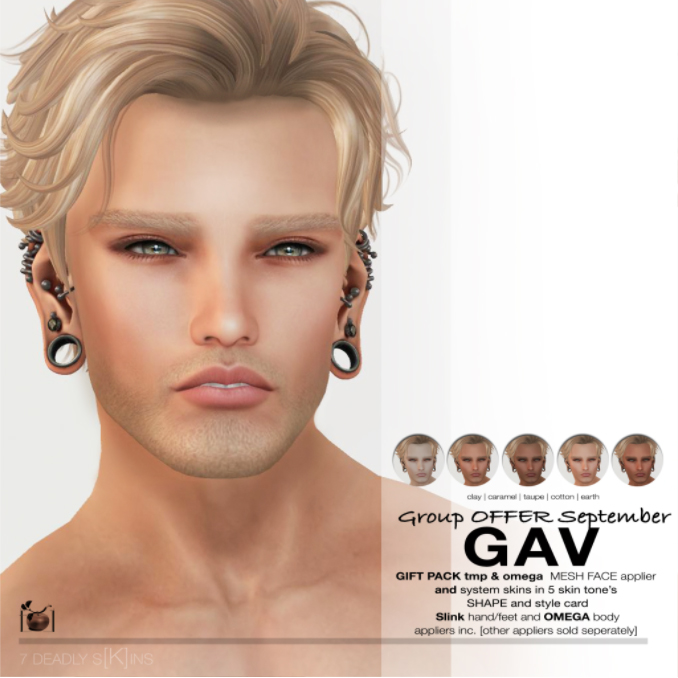 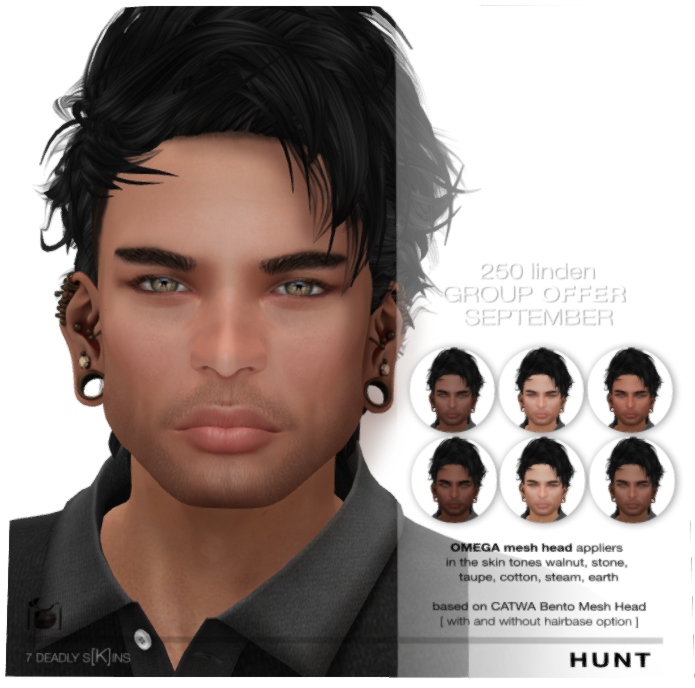 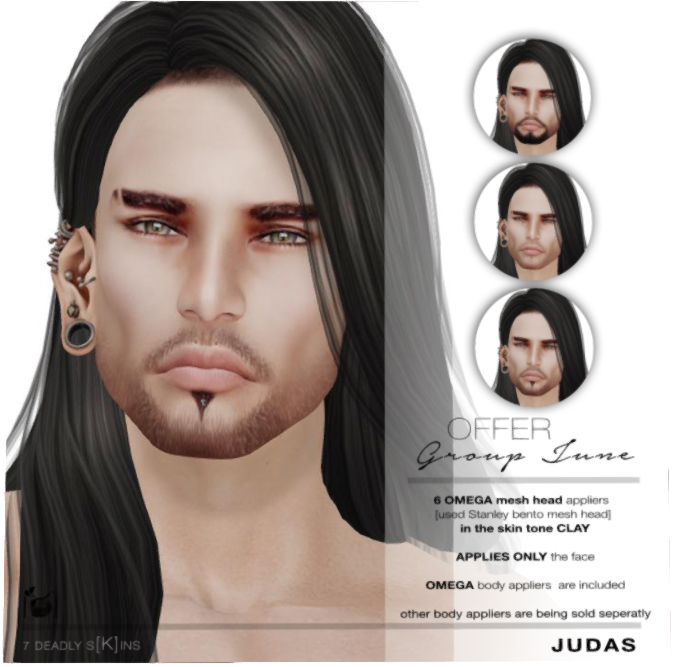 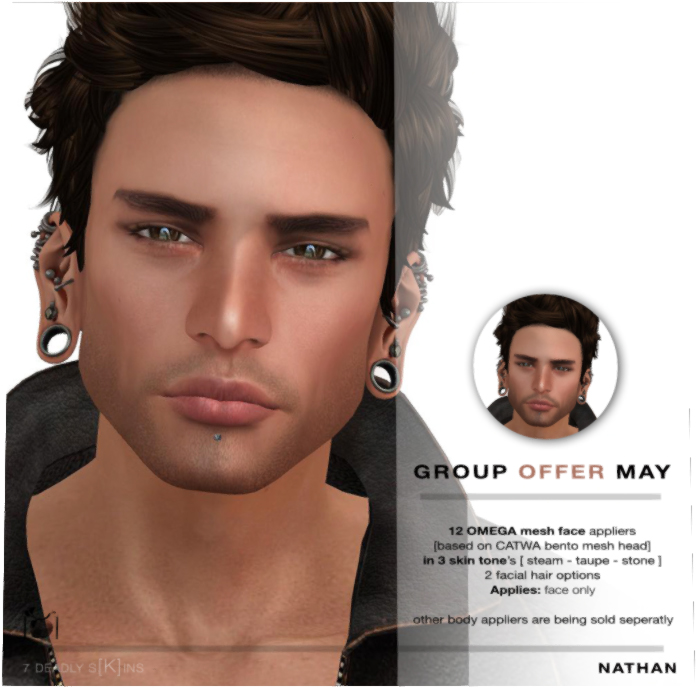 All of the info about joining the group and where to go to get the gifts is in the original post, linked at the top of this one. Go and grab yourself some skinnish loveliness!